It Came From Outer Space. One of the more interesting SF films from the 1950s. The center creature, the Xenomorph, was essentially a friendly alien.

It Came from Outer Space is a 1953 science fiction 3-D film directed by Jack Arnold, and starring Richard Carlson, Barbara Rush, and Charles Drake. It was Universal’s first film to be filmed in 3-D.

Author and amateur astronomer John Putnam (Carlson) and schoolteacher Ellen Fields (Rush) watch a great meteor crash to earth near the small town of Sand Rock, Arizona. After visiting the crash site, John Putnam notices a strange object at the impact site, and comes to believe the meteor is not a meteor at all, but an alien spaceship. After a landslide covers the mysterious craft, John Putnam’s story is ridiculed by the townspeople, the sheriff (Drake), and the local media. Even Ellen is unsure of what to believe at first, but soon agrees to assist John in further investigation. In the following days, several local people disappear. A few return, only to display odd robot-like behavior, and seem distant and removed from their normal selves. Eventually Sheriff Warren also becomes convinced that something more than a meteor is involved, and organizes a posse to root out and destroy the invaders. All alone, John hopes to reach a peaceful solution, entering a mine which he hopes will lead him to the buried spacecraft and its mysterious occupants.

It develops that the aliens are benign beings whose spacecraft has crashed due to malfunctioning components. Their plan is to stay on Earth long enough to replace them, then continue on their voyage. They temporarily control a few humans since they would not be able to mingle inconspicuously with people, and they realize that humans would panic on seeing them. Upon their departure, all returns to normal on Earth. 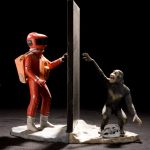 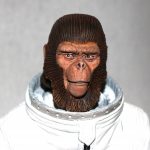 Escape From The Planet of The Apes (1971)Science Fiction